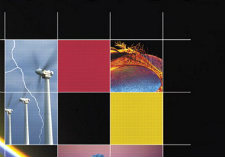 AP Physics 2 is an algebra-based, introductory college-level physics course. Students explore principles of fluids, thermodynamics, electricity, magnetism, optics, and topics
in modern physics. The course is based on seven Big Ideas, which encompass core scientific principles, theories, and processes that cut across traditional boundaries and provide a broad way of thinking about the physical world.

The course focuses on the interconnections between the various strands and units contained in the course syllabus and how each contributes to the “Big Ideas” that provide a core foundation for this science course. Problem solving techniques and strategies are fined tuned throughout the year, and students are continually tasked with connecting physics applications learned in different units in order to synthesize solutions to complex problems. The emphasis on theoretical topics, critical thinking and problem solving makes this class challenging. Mathematics is used to illuminate physical situations rather than to show off a student’s manipulative abilities. Students must be strong in both math and science to be successful in this course. Conceptual understanding of the material is a requirement for success. Students will be expected to write justifications and explanations of physics concepts

In this course, students will have opporunities learn the following Big Ideas: