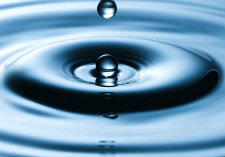 AP Physics 1 is to establish a fundamental grounding in mechanical physics for future engineering, science, pre-medicine, nursing, and physical therapy students. There will also be heavy emphasis on preparation for the AP test. Students should anticipate learning how to plan their own investigations in a laboratory setting and familiarizing themselves with being able to explain reasoning verbally, in addition to manipulating mathematical symbols. AP Physics 1 is based on the “big ideas” in physics, which encompass core scientific principles, theories and processes that cut across traditional boundaries and provide a broad way of thinking about the physical world. It is the equivalent of the first semester of college-­‐level, algebra-­‐based physics. Students will cultivate their understanding of foundational physics concepts through inquiry-­‐based investigations as they explore topics including: Newtonian mechanics (including rotational motion); work, energy, and power; mechanical waves and sound; and simple circuits.

Specific learning objectives are derived from these big ideas and practices. These objectives can be found in the official course description and will be shared in detail as they are covered/discussed in class.