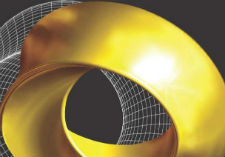 This course is intended for students who have a thorough knowledge of analytical geometry and elementary functions in addition to algebra, geometry, and trigonometry. It is a course in single-variable calculus that includes techniques and applications of the derivative, techniques and applications of the definite integral, and the Fundamental Theorem of Calculus. It is equivalent to at least a semester of calculus at most colleges and universities, perhaps to a year of calculus at some. Algebraic, numerical, and graphical representations are emphasized throughout the course.The course includes the application of limits, differentiation and integration. Some techniques of integration and indeterminate forms for limits are also covered. Throughout the course, an emphasis is placed on symbolic, graphical, and numeric representations, as well as on clear communication of mathematical thinking. Students successfully completing this course are prepared to take the Calculus AB AP Exam which requires use of a graphing calculator .